Minecraft is one of the most popular sandbox video game developed by Swedish game developer Markus Person and is now owned by Microsoft. It is a multiplayer game and is available on a wide range of platforms.

A game titled Minecraft: Story Mode was at rage around the world and had around 91 million active players monthly. More and more Minecraft players are now choosing to host their own Minecraft server and play with their counterparts from all over the world.

This tutorial covers the installation of Minecraft server in an Ubuntu 18.04 Server that is hosted in the cloud.

If you don’t want to get in-depth of all these tech stuff and all you want is to enjoy playing the Minecraft with your friends online then buy a dedicated or shared hosting and host your Minecraft game there, head over to this post where we discussed and review top 10 minecraft server hosts.

Creating Ubuntu 18.04 as a Minecraft Server

Prerequisites for installing Minecraft on Ubuntu

Minecraft is written in java and hence to run it in your server you need to install JRE 8 or greater beforehand. Run the following command in the terminal to install latest JRE in an Ubuntu 18.04 system.

Check the version of installed JRE by using following command:

Also install the following tools those will be needed at various stages of installing and configuring Minecraft.

It is always a good idea to run a minecraft server by using a non root user from security point of view. Run the following command in the terminal to create a new user with a home directory /home/minecraft and without any password.

To navigate to the shell of minecraft user, you need to log in to the system using either root or sudo enabled user.

4. Setting up the Server

To do that, run the following command from the terminal to create folders for said functionalities.

Mcrcon is IPv6 compliant RCON(Remote Console) client well suited for remote administration of minecraft server such as the map, gravity, setting number of players and more through console commands.

You can skip this step if you are not planning to administer a Minecraft server.

Download mcrcon from github followed by compiling and installing it by using root or sudo enabled user and once done change the ownership of mcrcon script to the minecraft user.

Where the options can be any one of the following:

We will use the mcrcon tool during the process of configuring the systemd script for minecraft server at a later stage.

Once the download is complete, run the JAR file by using the following command.

Now you need to accept the license in eula.txt. You can do that by adding “eula=true” in the file with the following command:

Proceed with enabling rcon protocol in your Minecraft server. To do that edit the server.properties file and update the values for the following parameters. Keep other the values for other parameters as it is for the time being.

You can adjust those parameters at a later stage by consulting the documentation from here.

To do that navigate to the systemd directory and create a systemd service file using your favorite text editor.

Make the above systemd script executable.

To do that, change to the minecraft server folder and create a shell script with your favorite text editor.

Make the above shell script executable and change the ownership of all the folders those we have created previously to minecraft user.

Once minecraft server is up and running then you need to take a regular backup of minecraft server world so that you can restore the world from the backup if there is some unwanted changes to it.

In this section we will download and configure a freely available backup script for a minecraft server.

To start with, navigate to the backup folder to download the script and make it executable.

Now from backup folder execute the above script by specifying the server world path and backup location. But before that create a folder based on current date where the backup will be saved.

The script will warn about minecraft server screen name being not specified. Ignore the warning and find the zipped backup file in the configured folder.

To allow access to minecraft server from anywhere open the minecraft port 25565 to the outside world using following command. This step is needed if you have already enabled the UFW firewall in your server.

If you want to go in simple route, just hit few simple clicks and your minecraft game server is ready, then simply buy minecraft hosting from experts and start playing the game.

If you followed the above steps without getting any error messages, you are well to go and play the minecraft on your newly setup and hosted minecraft server.

If you face any difficulties while following the above mentioned steps, let us know by dropping a comment below and we are more than happy to assists to setup your own minecraft server.

If you have any feedback, comments or anything please leave us comment below. 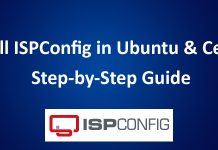