If you happen to visit a website, which most probably are running on a Linux OS!

Slowly but surely Linux OS is taking over on windows server specially when it comes to hosting industry. Below graph clearly depicts this. 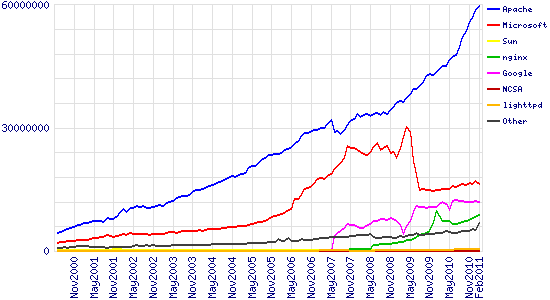 From so many features one of the top reason being Linux is open source and free, and it is major factor when it comes to web hosting.

What makes Linux shine more is there are a ton of Linux distributions are available in the market to choose from, and if you want to run your own custom OS you can do that!

According to distrowatch.com there are tens and thousands of Linux variation available (and counting). Choosing the perfect one is hard, especially when you have so many options.

There are specific versions of Linux distros such as for desktop version, game servers, running web servers and for other specific tasks.

When it comes to using the Linux for hosting a server, you obviously need to choose more stable and special features needed for server.

Listed below are some of the free and most popular Linux distributions that are more stable, offer great features, stable and offer long term support (LTS) which is a must for a hosting an operating system.

CentOS is a Linux distribution derived from the Red Hat Enterprise Linux and is familiar with Linux users, web hosts and small businesses. However, there is no direct CentOS support services offered by the CentOS team and is intended for smaller businesses. Before selecting CentOS for your next project, there are a few things you should know about using CentOS Linux.

Its a repackaged version of Red Hat Enterprise Linux, CentOS is always playing catch up because the team cannot rebuild and package until Red Hat releases them thus causing it to lag behind the commercial product.

Ubuntu is a Debian-based operating system produced by Canonical, runs on all major hardware architectures and the leading standard in the industry because of its high measures such as ease of installation, quality commercial support, and great hardware discovery means.

Ubuntu is a server platform that can be used for:

Fedora is a distribution only for Linux experts who are comfortable using the cutting-edge software. It is designed by programmers for programmers thus making it more flexible and less stable

Fedora Server is a short-lifecycle, community-supported server operating system that allows seasoned system administrators with knowledge of any OS to make use of the very latest server-based technologies available in the open source community.

Red Hat launched is the Linux option of choice for large companies around the world because of its stability. The company is innovative and offers high-quality support including regular releases.

SUSE Linux Enterprise Server (SLES) owned by Micro Focus but operated independently is stable, easy to manage and offers round the clock response and support thus making it is a good option for businesses lacking the time and patience for lengthy troubleshooting calls. SLES focuses on stability and support and is meant to be mature and stable.

OpenSUSE allows all major desktop environments to be installed side by side from YaST using models and switch from the login screen.

Oracle Linux is easy to download, free to use, distribute, and update

Oracle Linux is the only approved Linux distribution for Oracle applications engineered to provide the most secure, scalable, and reliable solution for your mission-critical workloads.

ClearOS was originally released in 2009 under the name ClarkConnect as a router and gateway distribution. ClearOS has since added features necessary to define it as an all-in-one server.

Arch Linux is a simple and lightweight Linux distribution designed with more competent Linux users in mind. Although it does not offer the same level of support and ease of use as other Linux server operating systems, it has effortlessly functioned as a viable server for more experienced administrators.

Mageia was launched in 2011 and is an open-source based fork of Mandriva Linux. Although it’s only popular in Europe and South America, it is well assembled and capable. Mageia has maintained the power of Mandriva while rolling out new features and capabilities.

Debian launched in 1993 has encountered development of several child distributions and has more child distributions than any other parent Linux distribution. There is no commercial legal maintenance from the company, but businesses willing to deploy Debian may connect with consultants from all around the world. It is best for businesses that value stability. 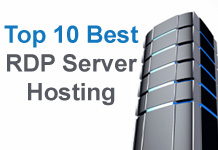 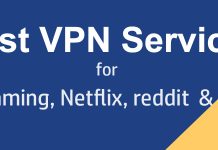 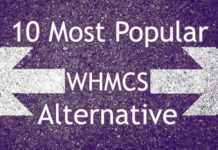 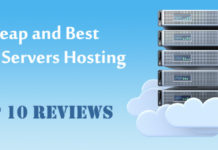 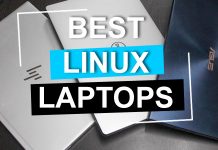 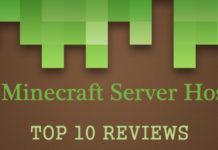